Like much of the world, I recently became a fan of the new Netflix series Bridgerton, based on the book series by Julia Quinn. I quickly consumed all eight of the premier season episodes over the course of two days. The Regency period show follows the somewhat predictable love story of a young debutante who falls in love with a surly Duke battling his personal demons. It’s a much-needed getaway from what we are all experiencing in the real-world right now. I loved Bridgerton and Savannah’s Regency period home, The Owens-Thomas House, is a perfect weekend escape for fans of the show!

Part of what makes Bridgerton such a pleasure to watch is its visual appeal. It’s set in Great Britain’s Regency period; a time period known for distinct trends in fashion, architecture, and culture. Set designers appear to have spared no expense for the lavish sets, elegant ballroom scenes, and exquisite costuming. (Note: For the sake of this article, I will reference Bridgerton the Netflix series, not the books…even though I love them, too!)

The Owens-Thomas House and Slave Quarters in Savannah resides on Oglethorpe Square here in Savannah. Said to be “one of the finest examples of English Regency architecture here in the U.S.”, a visit to this landmark is like taking a step back in time. Visitors observe the lifestyle of the wealthy elite of Georgia’s early days…not unlike our favorite Bridgerton characters (had the show been set here in the U.S.). However, life was very different for the enslaved individuals who resided here.

My friend Rachel and I toured the Owens-Thomas House and Slave Quarters to view the aesthetics of the Regency period firsthand. Tickets to the Owens-Thomas House and Slave Quarters cost $20 per person. Your tickets will also earn you admission to the Jepson Center and the Telfair Academy. COVID procedures are in place for visitor protection. The tour is self-lead and is available on Spotify and iTunes. It takes approximately one hour to complete. Hand sanitizer is available throughout the tour. Groups stagger to maintain social distancing.

Bridgerton is fun to watch because of is its visual appeal. It is set during Great Britain’s Regency period, known for its trends in fashion, architecture, and culture. Adjectives associated with The Regency include elegant, refined, flamboyant, and romantic. It pulls from a variety of exotic influences: Grecian and Egyptian motifs, Chinese themes, and ornamental finishes. The show is full of beautiful imagery, like the Bridgerton family home, swathed in wisteria. The Owens-Thomas house has its own romantic landscape architecture in the form of Savannah’s trademark oak trees.

The home is intentionally symmetrical as is common in Regency period architecture. There are two staircases in the home’s entrance, on the back porch, as well as in the interior of the home. Greek and Roman influences appear throughout the home— marble fireplaces, the pattern in the stained glass window in the family dining room.

The courtyard garden is one of my favorite parts of the tour. I am sure it is spectacular in Savannah’s lush spring weather. (Our visit took place in January.)

I love the entryway that opens to the interior staircases.

I asked one of the museum attendants how much of the furniture was original to the home. He explained that about one-third of the items belonged to the Owens family. Two items are the personal property of the Richardson family (the family who built the home)— the marble top table in the dining room, along with the silver tea service set that rests on top of it. He explained that the rest were time-period appropriate and locally sourced.

Historic Timeline of the Owens-Thomas House

Richard Richardson commissioned his wife’s brother-in-law, William Jay, to design the home. Richardson was a bank President and shipping merchant. He built much of his wealth through the slave trade and cotton industry. Jay was an architect and a product of the Royal Academy in London. He is responsible for several of Savannah’s most recognizable landmarks. They include the Telfair House and the Scarbrough House (now the Ships of the Sea Maritime Museum), among others. Jay selected the English Regency Style for the home. It was completed in 1819.

Because Richardson suffered several personal tragedies and fell into financial disrepair, he eventually moved to New Orleans. The home was later owned by the Owens Family.  In 1839, U.S. Representative and attorney George Welshman Owens purchased the home. He and his wife Sarah had six children. Owens’ granddaughter, Margaret Gray Thomas, eventually bequeathed the property to the Telfair Academy of Arts and Sciences.

The Reality of the Enslaved Lives at the Owens-Thomas House vs. the “What-If” Scenario of Racial Equality in Bridgerton

Bridgerton is based in an alternate reality where racial equality is commonplace due to the king falling in love with Queen Charlotte, who is played by a black actress. (It’s worth noting that there has been real-life speculation surrounding Queen Charlotte’s racial heritage. Many theorize that she was the first black or mixed-race queen.) Aside from this brief mention of this universe’s arrival at racial equity, race plays little role in the plot of Bridgerton and instead focuses on the characters’ class, interpersonal relationships, and internal struggles.

It’s a purposeful fantasy that is powerful for many reasons. For one, it demonstrates a world where race has finally become a non-issue and also for opening doors for discussion on this topic. It is such a non-issue within the world of the characters that it isn’t even part of the plot. Some feel that this portrayal is ambivalent to the topic of race. Others praise the show for its intentionally diverse cast. Wherever you fall within this spectrum, the representation of race dynamics in the show is an inaccurate reflection of race dynamics during this time period. It is important that the Telfair Museums must share this part of the property’s history.

The Owens-Thomas House and Slave Quarters is intentional in its effort to respectfully share an accurate representation of the South during the 1800s. The tour includes the history of the enslaved individuals who lived at this residence, many of whom were children.

The slave quarters at the Owens-Thomas House.

A plaque on the wall expresses the importance of words when speaking of enslaved individuals. In hindsight, this brief lesson on reshaping the conversation around slavery by changing our vocabulary seems so obvious but makes an important point. As the plaque states, “words are important.”

A wall within the former stables and slave quarters lists the names of the individuals enslaved at the Owens-Thomas House. The tour consistently highlights the disparities between life for the enslaved in contrast to their wealthy enslavers. While the show provides a refreshing take on what life could have been like if racial equality had somehow been achieved, the tour maintains the reality of life during the Regency period and beyond here in Georgia.

Whether you’re a fan of Bridgerton, a local history buff, or just visiting Savannah, I recommend planning your trip to the Owens-Thomas House and Slave Quarters. The preservation efforts are truly impressive and it isn’t hard to imagine what this house was like during its time as a family home. For tour information or to purchase your tickets, visit Telfair Museums.

If you enjoy Savannah’s history, read about my after-hours tour experience at Bonaventure Cemetery. 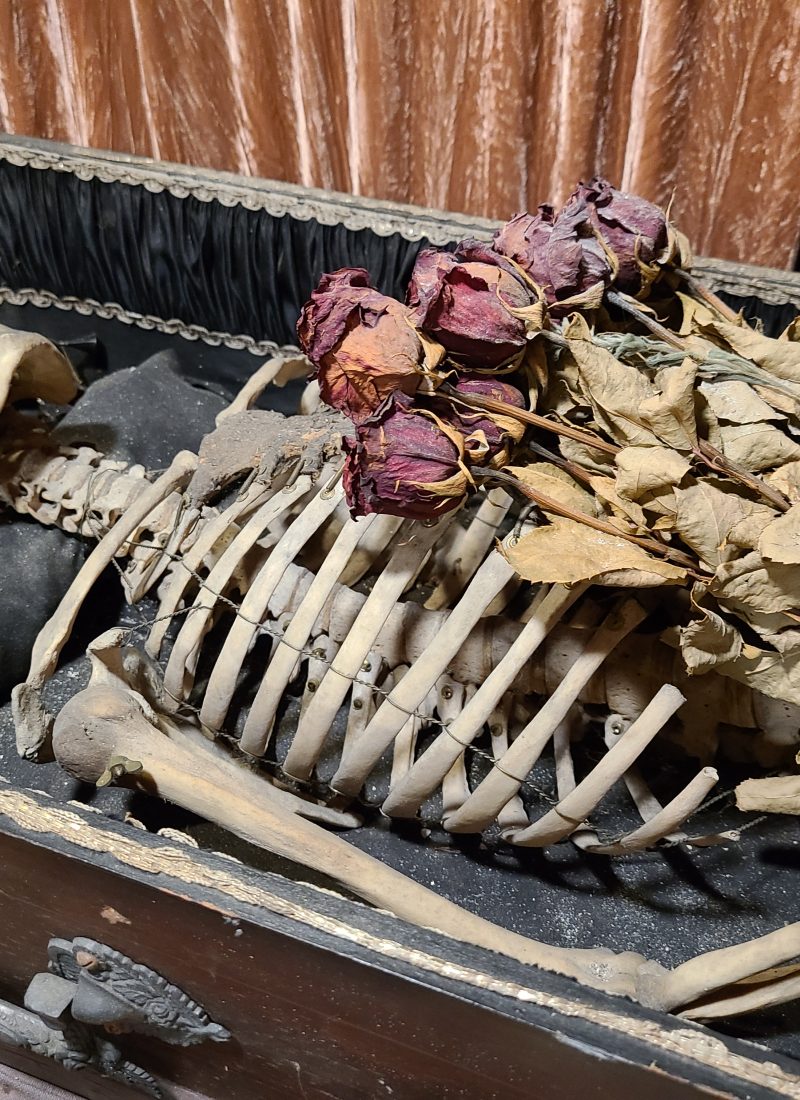 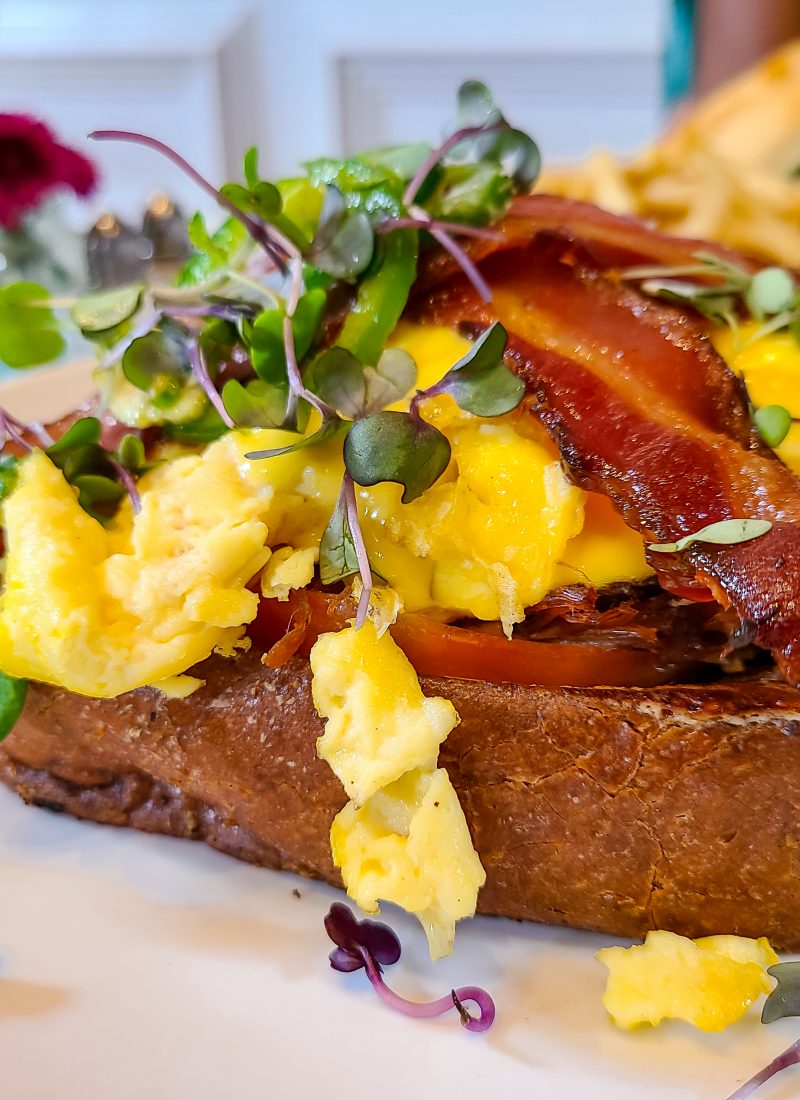 What to Pack for Savannah 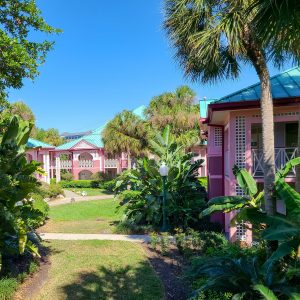 I’m Becky, a thirty-something in Savannah,Georgia. Welcome to beckythomason.com, a lifestyle blog where I get to express my creativity. I believe in practicing gratitude and creating a life you love. You can find me here writing about my life, my hometown, travel, and more. I’m glad you’re here! 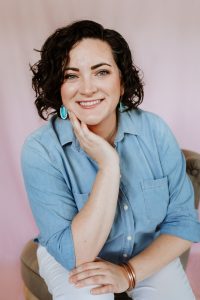 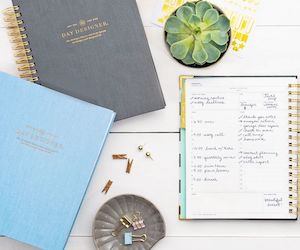